WALKING WATLING STREET tells the story of the 1913 NUWSS pilgrimage , in particular the North Western Route from Carlisle to London.

The piece, choreographed by Jenny Reeves for About Time Dance Company was performed across the North West in 2018, marking the 100th anniversary of votes for (some) women.

Lucy Starkey and Aimee Williamson performed the core duet, and were joined by a cast of community performers. We sought to represent the determination, commitment and devotion to the cause that the female Suffragists demonstrated through tirelessly walking over 350 miles, in peaceful protest.

Lucy is a regular collaborator with About TIme Dance Company. See also Cotton and Outside the Box 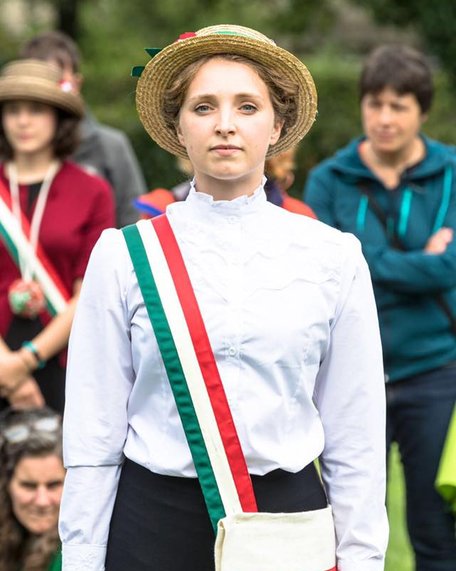